Losing the Drive, Finding the Passion 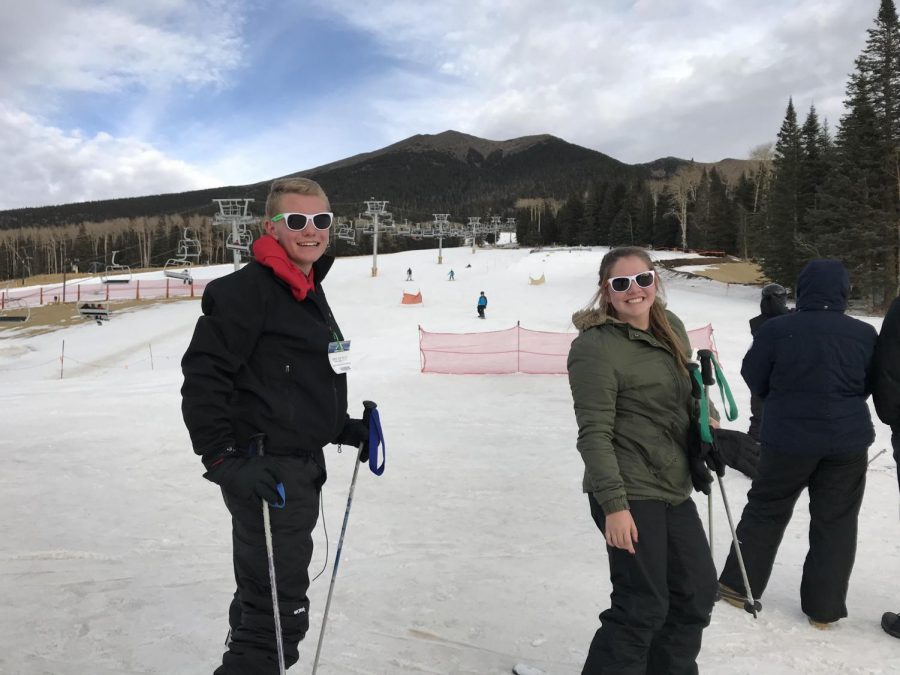 Four years of late nights, early mornings, and day long competition. That’s the life of Carroll athletes, they devote their weekends and breaks to improving their skill.

To non-athletes the extensive amounts of practice time seems rather extreme or it may be seen as a waste of time. That isn’t how the athletes see it, sure it isn’t fun or how they’d choose to spend their Saturday morning, but it’s what they are passionate about.

According to The National Federation of State High School Associations “the number of participants in high school sports reached an all-time high of 7,963,535. [An increase] of 94,635 participants from 2015-16.”

More and more students are seeing the benefits of joining a high school sports team. It helps friendships grow and discipline be born. Some senior athletes share their experience of playing as a Charger for all four years.

Ex-student athletes also give their perspective, why quitting was right for them.

It isn’t uncommon for student athletes to become burnt out of their sport, after years of dedication and hard work athletes become overwhelmed with pressure and reach their breaking point.

Senior Sydney Shannon felt pressures from her school work and soccer schedule. She grew up playing and loving the sport.

“I had always played soccer from age 4 so, it was natural to play high school soccer,” said Shannon.

Shannon said she became burnt out and felt a desire to try out new things she had been unable to experience because of soccer.

The decision to quit anything is a hard one, it involves many more people than the one quitting. Shannon shared how her teammates and parents impacted her decision. She confessed that those around her and the impact her decision would have on them caused her to postpone her freshman year desire until her junior year.

It was more than the sport itself, she also the environment of her team. She loved the girls she played with, but often when athletes play alongside of the same teammates for many years, tensions grow and frustration arises.

“The sport’s ‘atmosphere’ was something I didn’t want to be a part of anymore because I felt like I was wasting my time and overlooked on the team,” said Shannon.

Shannon isn’t alone, many students across the US find themselves ending their athletic career before they enter college.

According to the National Alliance for Youth Sports, 70 percent of athletes quit sports by the age of 13. Although Shannon stuck with the sport for a few more years than most teens, the overwhelming task of her sport led her to quit.

Shannon does not regret her decision to play soccer for all those years, but she is also glad she decided to stop playing soccer and broaden her scope of activities.

Baseball player, Langston Ginder, has enjoyed his time at Carroll and is more than ready to take on his last year as a Charger.

“I’ve been playing [baseball] since I can remember. I grew up in a family where baseball and other sports were played. I instantly fell in love with baseball, so grabbed on to it and ran.”

Ginder has always had a love for baseball, playing for his school just added to that love. During his time at Carroll, he found his way to shortstop. Which has now become his home.

Though he adores the sport and his teammates, he does admit, that in baseball, more often than not, you tend to fail more than you succeed. That never stopped Ginder, or made him want to quit. It pushed him to grow as a player and a person.

Many athletes play sports to win or for their own personal gain. Ginder, however, does it because he has a passion and talent for it.

“I love being able to go out, use some talent that the Lord has given me and use it to my advantage to use it as a missions field to further his kingdom.” says Ginder.

He plans to continue that mission in college. He will study and play for Ball State University in Muncie.

Despite the love Ginder has for baseball, he has stuck with the sport for so long for many other reasons. Pressures from parents at a young age pushed him to get involved in the sport and stick with it in the end.

According to Sports Destination Management, “a new report by the Robert Wood Johnson Foundation and Harvard’s T.H. Chan School of Public Health entitled, ‘Sports and Health in America’ found that in America today, more than three quarters (76 percent) of parents of children in middle or high school say they encourage their child to play sports.”

Luckily in Ginder’s case, his parents helped him get started in the sport, but didn’t pressure him to keep playing. Ginder found a passion within him for the sport, one that wasn’t fueled by a parent.

However, for many students they were not as fortunate as Ginder. They weren’t able to stay motivated and passionate about their sport.

Last One Fast One

Runner Leah Metzger, has focused in on her academics and athletics during her senior year.  Metzger is a part of the school’s Cross Country team as well as the Track and Field team.

She has dedicated the past four years of her life to the teams along with improving her running.

Seeing her older sister running on the team inspired her to join and try it out for herself. She ended up loving it and committing to the rigorous practice schedule.

Metzger admits despite her love for the sport and the team, she did go through a season in life where she considered taking a break.

“I went through a period this last fall when I was so overwhelmed with all the pressures of it being my senior year, being captain, trying to impress college coaches, and trying to live up to the expectations I had for myself and thought my parents and coaches had on me, that I did want to quit. I felt as if all the pressure made me lose my true joy for running,” said Metzger.

She said that seeing her classmates going to tailgates, staying late at football games, and hanging out together caused her to question if the time running required was actually worth it.

The bond she had built with her teammates and the overall environment of the team, stopped her from turning in her Charger jersey.

Metzger acknowledges the challenges she faced, she tells younger athletes to make the most of the time they spend at practices and competitions. She stresses that the more people they meet and get to know, the better their high school athletic experience will be. Making sure to focus on the enjoyable aspects of sports helps athletes from quitting.

“Remember your sport and your performance does not determine your worth,” said Metzger.

In the end Metzger feels the hard work and long days, was more than worth it. She made many lifelong relationships and learned many life lessons.

She is committed to Malone University in Canton, Ohio in Fall 2018.

According to NCAA.org out of the 8 million high school athletes, nearly 480,000 continue their athletic careers in college. Metzger is among the group furthering both her athletic and academic career.

Despite the growing number of student athletes in college, many high school athletes decide to end their athletic career in high school, sometimes before their four years is even up.

A Little Too Much

Carroll’s swim team is notorious for their extensive practice hours and demanding physical activity. It often drives many lifelong swimmers to the end of their road, much earlier than they anticipated.

During Lauren Winteregg’s freshman year on the swim team, there were 10 girls. As the years went on many of those girls quit the team, Winteregg was one of them. By senior year, only two of the original 10 remained.

Winteregg swam through her sophomore year and was grateful for her time on the team. However, it just became to be a little bit too much time and commitment. The sport, team, and coaching staff had impacted her life greatly and she was sad to leave them, but she just knew it was time she retire her swimming career.

It was fun for her, until the practice schedule became a bit too time consuming.

“We had practice everyday for 2-3 hours and during winter break, it was even more. Over winter break we had two practices a day, that were each still two to three hours long, and we had a three-hour-long practice on Christmas Eve,” said Winteregg.

Along with the schedule, she hadn’t been able to bond with many teammates very well. Most of her close friends graduated and she was only close with select few of the remaining team. Although she enjoyed her coaches, she didn’t feel she was getting enough advice and attention from them.

These things were what drove Winteregg to the edge and she made, what she claims to be one of the best decisions ever. She didn’t quit with any hard feelings towards the team or coaches, but the sport wasn’t anything she would miss.

Although quitting a sport isn’t the best idea for everyone, for Winteregg it was the best fit. She now works at the Natatorium, her ex-coach is her boss, her old teammates get to see her when she clocks in, and she is currently much happier with her life.

Swimming caused her to have a much more negative outlook on life. Due to the fact that she wasn’t achieving the results she wanted, but she couldn’t find the motivation in herself to try harder, when swimming just wasn’t one of her passions.

Winteregg does not regret swimming since age six, but she definitely doesn’t regret  quitting and trying new things.

“I still believe you should never give up, but when something is making you unhappy and taking up a lot of your free time, it is time to step back and reevaluate,” Lauren said. “Do what is best for you, not others.”