Parks & Rec vs. The Office: Which is better?

A definitive guide to navigating from Scranton to Pawnee 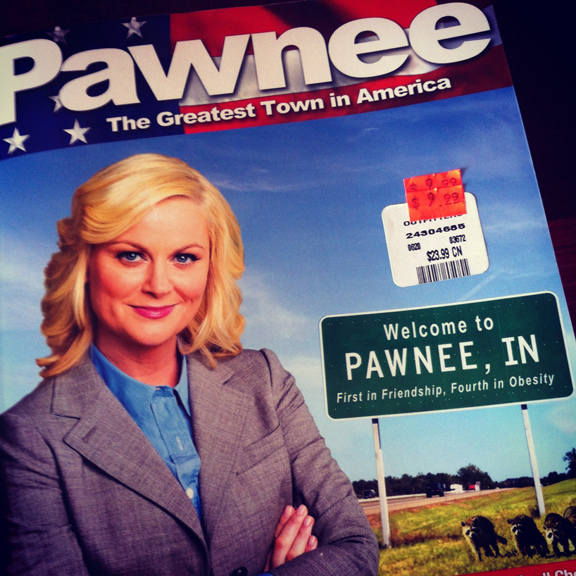 Two of the most popular sitcoms to come from NBC, “Parks and Recreation” and “The Office” offer a hilarious insight into what it means to work in America. They offer day-to-day scenarios that are far-fetched, but often leave viewers wanting more.

Although the two shows may have ended about five years ago, they continue to gain popularity among viewers of all ages. The source of a lot of this popularity is from the rise of Netflix and other streaming services that younger generations love. But although both shows are exceptional, which is better?

Michael seems to take his job closer to heart, worrying about his employees’ happiness at the company, but does that make him the better boss? He does this a very poor manner, often just making his employees more aggravated than they were before. If they aren’t more aggravated, then they’re just baffled by his stupidity and insensitivity.

Although his employees may not adore his actions, the viewers certainly do. When watching the show, it’s hard not to laugh at his comments, even though they may not always be the most politically correct and often completely offensive.

Ron Swanson is the opposite. He couldn’t care less about what his employees do and often talks about how corrupt he thinks government is, even though he works in it. He may run the parks department, but he seems to do the least work, while Leslie Knope—the deputy director—seems to have a true passion for it.

But even though he doesn’t seem to care what happens at the department, he does display some comic relief. Ron is very much an introvert and has a serious personality, which is so dramatized it’s funny. He may not have as many “laugh out loud” moments as Michael, but he does display the same comic relief, but just on a smaller scale.

Dwight Schrute strikes viewers as a very peculiar employee. He often talks of his German Mennonite heritage and makes some very off-color remarks. His ongoing prank feud with Jim Halpert entices the audience and makes them love him even more.

From the beginning, Dwight strikes viewers as a very ambitious character. He talks of his plan to become the assistant regional manager, and then later the regional manager. He ultimately obtains this goal in the very end, satisfying many viewers with, essentially, a “happily ever after.”

On the other hand, there’s Leslie Knope. Leslie is the epitome of positive in the Pawnee Parks Department. From the beginning of the show, she’s had big dreams for the future; starting with making a new park and then later becoming a councilwoman. The entire show focuses on her rise through the ranks and it is evident why she was chosen to be the main character.

Although Leslie may have many positive qualities, like any other character she has negative ones. Her constant positivity and excitement is like that of a young puppy, and it can easily get annoying. Although it is admirable to see how much she cares about her job and her position in government, her obsession with it is quite frankly unrelatable and somewhat obnoxious.

Toby was the HR representative at Dunder Mifflin. He was really only ever seen back in the annex of the office, with only Kelly Kapoor to talk to, but for some reason, Michael—and even Dwight—seemed to hate him. Although it seems that he never did anything to Michael specifically, it was a common plot line throughout the show that he hated him.

Michael’s undying hatred makes it easier for viewers to hate Toby as well even though he never did anything wrong to them. The reasons are so far-fetched and stupid, it’s much more hilarious to watch their encounters, and end up hating Toby at least a little in the end.

On the other side is Jerry Gergich, a member of the Parks and Recreation team in Pawnee. Jerry is an awkward, older man who just wants to retire and vacation in Muncie. Because of his countless well-meaning, but cringe inducing, statements, almost all the other characters find a way to hate him. Along with hating him, they look for countless ways to ridicule him and make fun of his mess-ups that happen often.

Unlike Toby, it’s harder for audiences to hate Jerry. Jerry has a certain type of personality that rather than hating him, people just end up feeling sorry for him. Its too bad Jerry didn’t get treated better by his coworkers.

Better Couple: Jim and Pam or Leslie and Ben?

Jim and Pam have a classic love story on the show. Beginning just as awkward coworkers/friends, everyone

could tell from the beginning that these two were soulmates. Throughout the series, the two share many moments that make audiences fall more in love with them and envy their relationship.

When the show begins, Pam is in an extremely toxic relationship with her then-fiance Roy, and through seeing the way she was treated, it was so easy for everyone to make Roy the bad guy and end up rooting for Jim. Jim always came across as someone who was sweet and caring, and always looked out for Pam. Although the two may have had trouble near the end of the show, it was still easy to love them more and more. The two were just relatable and lovable.

Leslie and Ben are another couple that are so easy to love. Although the two may start out as enemies, their love story is timeless and ages beautifully on the show. Viewers watch them slowly far more and more in love with each other with each episode, and in the process, they fall more in love with them.

Although their road may be a little bumpier, Leslie and Ben are one of the sweetest television couples. Both look to make the other’s career thrive and make the best of life. Just by watching them, it’s evident to see the character development and growth embedded in their relationship.

In conclusion, both shows are excellent and it’s extremely difficult to decide which one is better. There are

different qualities and quirks of each one that make it difficult to make a decision. Although many of the characters can be grouped into similar categories and the shows have similar qualities, they’re also different in many ways as well. For instance, one focuses on life in an office whilst the other focuses on life in the government. Because of those differences, the shows are conducted in a different manner and have their own senses of humor. The differences make it more difficult to choose which is better, but they also make each show even more stellar. “The Office” and “Parks and Recreation” will continue to be two of the most iconic shows to air.