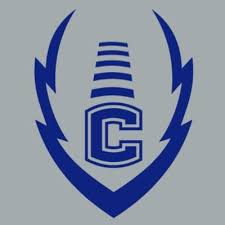 Heading into next school year, the Carroll Chargers will be sitting pretty when the Friday Night Lights turn back on.

After three years in Class 6A the Snider Panthers football team will be moving back down to Class 5A next season as will the Northrop Bruins. While that fact has been known since March, the IHSAA recently released the new Sectional groups for the upcoming year.

Homestead will remain in the Chargers sectional but Snider and Northrop are being replaced by the Warsaw Tigers and the Noblesville Millers.

Last season the Tigers, of the Northern Lakes Conference, posted a 7-3 record with wins over area teams Columbia City and East Noble. They lost two close games in the regular season, one came in overtime the other being a one point loss, before dropping their sectional opener to Penn. The Tigers are former sectional opponents of the Chargers. The two were in the same sectional for roughly half of the 2010s before Snider made the jump to 6A following their 2015 State Championship. In that span the Chargers and Tigers met five times with the Chargers winning four of those games, three of them at home.

Since the last time the teams met in 2016, the Tigers have put together two winning seasons and switched coaches in the process. Next season will mark the second at the school for Head Coach Bart Curtis.

The fourth school rounding out the sectional will be Noblesville High School. The Millers play in the Hoosier Crossroads Conference, featuring Indianapolis area schools like Avon, Brownsburg, and Fishers. As a result the team has had a tough go around in the past few years. Their best record in the 2010s have been back to back 5-5 records in 2013 and 2014. The Millers have not won a sectional game since 2012 and have lost their sectional game to Carmel in three of the last five seasons.

The two teams have never met. The Millers are coached by Justin Roden who capped off a five year stint as Head Coach at East Central High School with a 4A State Championship in 2017 before making the move to Noblesville last year where he led the team to a 4-6 record after the Millers went 1-9 in the 2017 season under then-Head Coach Jason Simmons.

Who exactly the Chargers will play in their sectional games won’t be revealed until early October but the Chargers will only face one of those opponents in the regular season with that team being the Homestead Spartans at home on October 4.