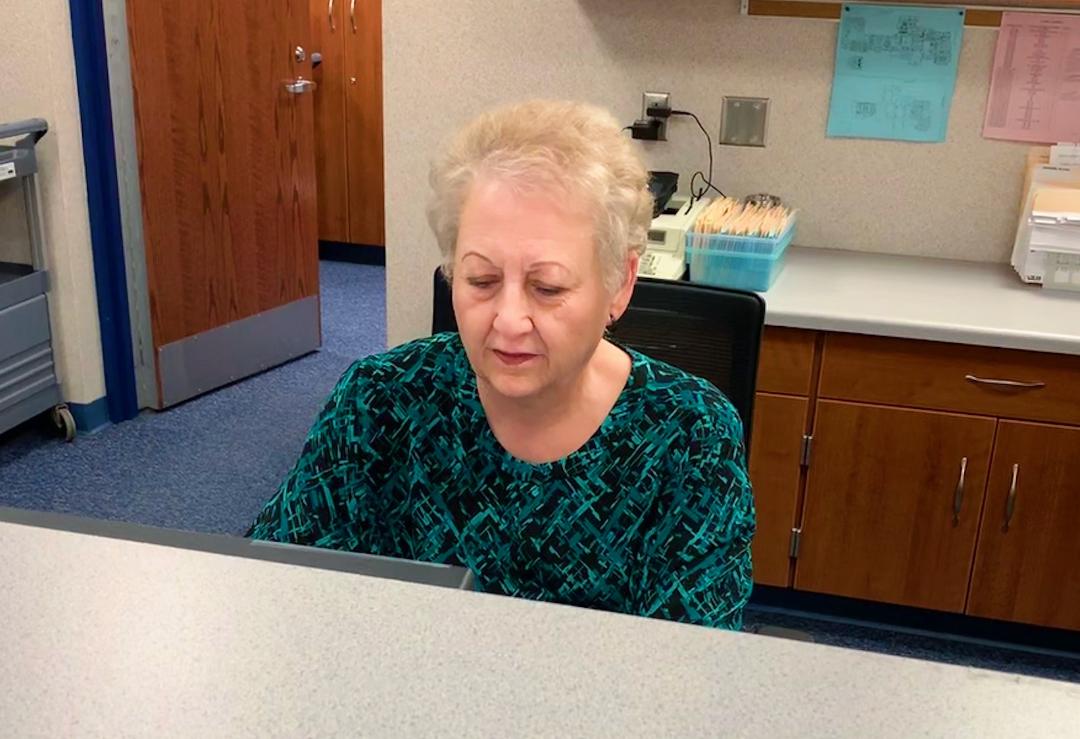 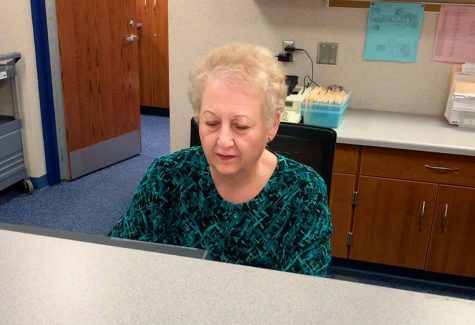 If the school was a movie rather than a school, Mrs. Sherry Baker would not be the leading actress, nor an extra in the background. Rather, she would be the film reel itself, allowing the movie to play, for CHS could not operate without her.

Mrs. Baker helps to get new students enrolled in the school, strengthens the connections between guidance counselors and students, and handles an abundance of phone calls, among her other tasks as Carroll’s guidance secretary, a position that Baker has held for about 22 years.

“After working at Arcola for four years as an instructional assistant, I began as the attendance secretary in August of 1994 and transferred to the guidance secretary position in the fall 1997,” Baker said.

Over the course of the past few years, the school has undergone many changes: Brandon Bitting took over as school principal, for the first time students received their own personal laptops, and an innovative new finals schedule was put into place. However, over the course of her time here at Carroll, Mrs. Baker has seen even more dramatic changes.

“Carroll has grown so much. When I graduated from Carroll it was surrounded by corn fields. When I started working here there were only a few computers in the office for clerical duties only. As the attendance secretary, I collected a green card from every teacher, every period for attendance and then typed up a list and distributed the list. We weren’t very ‘techie’ back then,” says Baker.

All good things must come to an end, however, as Mrs. Baker is retiring from her position at the end of this year.

“I feel sad but excited at the same time. I’ve worked for NACS for a long time and I know it will be hard to leave. I’ve made so many friends and have grown very close to so many people. The guidance counselors that I’ve worked with over the years have been phenomenal.  Carroll High School is very fortunate to have these caring people directing our students. They rarely get the credit they deserve,” says Baker.

Of course, Mrs. Baker can include herself in the list of individuals who do not receive enough credit, for while students see their teachers on a daily basis, Mrs. Baker’s work is done “behind-the-scenes” from within the guidance office, which means that most do not know her as well as some other faculty members. Given all of her dedication and hard work, Mrs. Baker’s departure will be a large change for Carroll. However, Mrs. Baker has bright events on the horizon.

“I’m planning on more family time, volunteering and home projects. My husband and I are planning a little traveling but mostly helping out with my grandchildren, Carter, Claire, Bryant and another to be determined in late November,” Baker says.

Of course, Mrs. Baker is walking away with years of memories from Carroll, saying, “Every day is an experience here at Carroll.  You never know what the day will bring or who or what you may encounter. I’ve been very blessed to be a charger.”