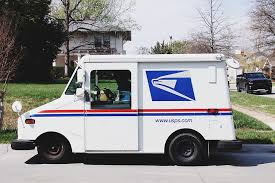 USPS truck out for delivery

Our postal service is dying. The most the public eye sees are slight delays in delivery, and maybe their local blue mailbox disappearing, but the post office’s problems run much deeper than that that.

They’re drawing closer and closer to an inevitable financial collapse, and it’s going to happen sooner than most think.

The root of the USPS’s crisis began in 2006 when, under the Bush administration, a bill was passed that would require the USPS to set aside 75 years of future retiree financial benefits in the span of the next 10 years, a total valued at approximately 110 billion dollars.

Because of this, the USPS has been falling deeper and deeper into debt, and despite being a government run service, they receive no tax money. They also were given nothing from the pandemic relief fund.

Instead, they rely on service costs to keep operations running, and they are not allowed to increase their prices to help themselves stay alive except to accommodate for inflation.

Many believe that the initial 2006 bill and the lack of relief money have been in republican effort to privatize the USPS–a belief that may not be altogether false.

The USPS has predicted that if package volumes return back to pre-Covid levels, then they will be out of cash by April 2021, and they could cease to exist or become a privately owned company. This would result in the complete reliance on private mail companies such as UPS and Fedex who charge much higher rates and don’t deliver everywhere.

Unlike the USPS who deliver everywhere is the US, private mail companies get to pick and choose where to provide their services based on what would lose them money. Without the USPS, many people would lose their mail service and would have to travel to the nearest town to collect their mail. Not to mention that its not just paper people receive, its sometimes medications and supplies they need to survive.

So why aren’t they getting help?

Since the USPS is a federal agency, they are unable to receive funding from donors, and currently–like everything else in government–has been “partisan-ized.”

With a high-stakes election just around the corner, the potentially major role of the USPS in November could be influencing congress.

President Trump has repeatedly voiced his disapproval of mail-in voting and has expressed his disbelief in the USPS’s funding issues. This has led to the inability for congress to be able to pass a relief bill for the USPS with the Senate holding republican majority.

This inability could be attributed to the polls stating more democrats are planning on using mail in voting than republicans.

One survey conducted by the Democracy Fund + UCLA Nationscape project says that while only 23% of people voting for Trump plan on voting by mail, 48% of people voting for Biden plan on voting by mail. This could lead to a much higher democrat voter turnout than usual, which would be harmful to President Trump in an election race that is already tense.

There is no question that the USPS is going to run out of money, but what will come out of it?

The USPS has survived the Civil War, two world wars, the Great Depression, and the transition into the age of the Internet. But this might where it dies–with its blood on the US government’s hands.