Caffeinated drinks may lead to addiction 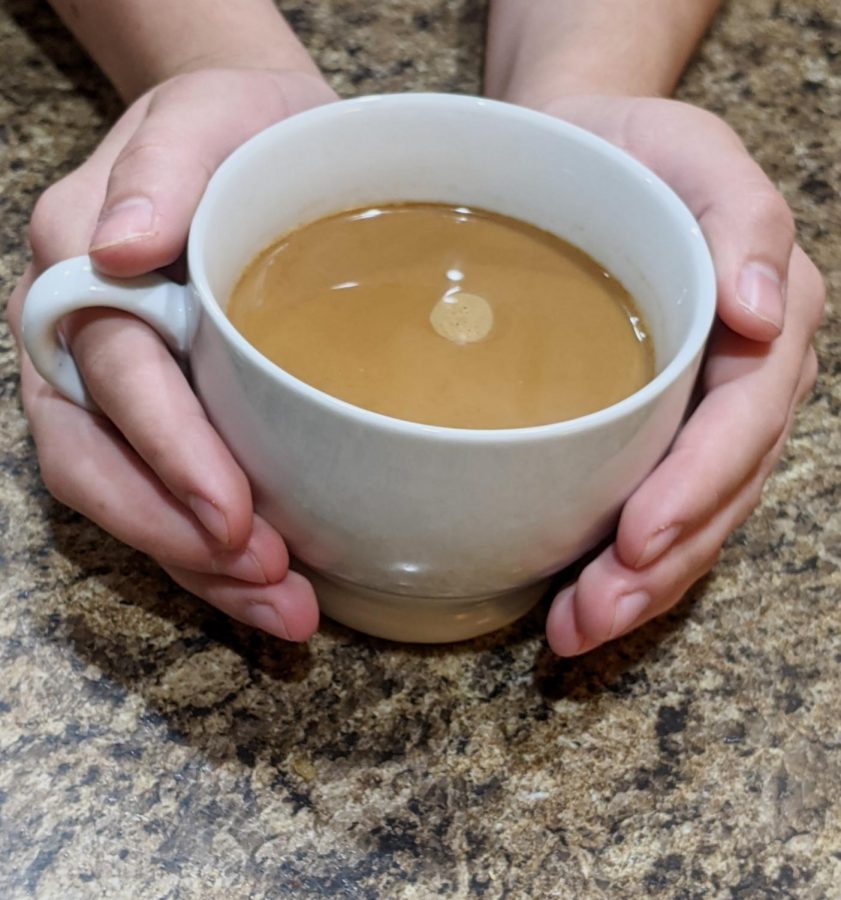 A hot cup of coffee in the morning gets much of the country moving. Teens should be careful not to overdo it, according to Nurse Ann Kline.

For most people, grabbing a coffee or energy bar in the morning is part of their routine. Who wouldn’t want a quick pick me up to help get them through the morning? It seems harmless, but it could be more dangerous than first thought.

Annie Gardt, a student here at Carroll starts almost every morning with either a coffee or an energy drink and has found herself dependent on these caffeinated drinks.

“I usually have monster energy every day. If not, I usually grab a coffee or a green tea,” Gardt said.

Gardt says that starting off her morning with caffeine helps her keep up with the day. “If I don’t have any, I’m extremely sluggish and disoriented and I fall behind in class.”

Caffeine is a central nervous stimulant, so it’s no wonder why most people, especially high school students, prefer a caffeinated drink in the morning.

These effects may seem harmless, or even beneficial. And yes, in some cases, caffeine is great for an early morning energy boost. But all good things must come to an end, and caffeine is linked to some fairly alarming consequences.

Consuming too much caffeine has been known to cause dehydration, diarrhea, anxiety, hallucinations, abnormal heart rhythms, or seizures.

It’s easy for one to tell themselves that they can control their caffeine intake– that they won’t let it get to the point where they are consuming too much caffeine every day.

But addiction can creep up on a person and with colorful packaging, plus the added convenience of grabbing a caffeinated drink to wake up, it’s more common than one might think.

Like most addictions, the more someone consumes caffeine, the higher their tolerance for it gets. In order to feel the positive effects caffeine provides, they require higher doses, but in doing this, risks only increase.

Along with this, it’s easy for one to become dependent on caffeine and the effects it has, and the withdrawal symptoms are less than pleasing.

Nurse Kline describes that the most common symptom is headaches and that “people can get grouchy for a few days from the withdrawal and maybe feeling some lethargy in the a.m.”

Some other symptoms can include nausea or pain, fatigue, or difficulty focusing.

Gardt claims to have experienced some of these symptoms herself.

“Usually the first day [without caffeine], my head starts pounding. It’s one of those headaches that won’t go away with Tylenol of ibuprofen,” Gardt said. “By the second day, my stomach has these sharp pains.”

These are certainly disturbing risks, but although these effects could be fatal, it doesn’t mean that caffeine itself is fatal.

Keep in mind, having some caffeine can have some benefits, but in order to experience these, it’s important to be aware of your daily caffeine intake.

This means, for teenagers, it’s okay to drink up to two cans of soda a day, but what about energy drinks of coffee?

Well, it is not required for the amount of caffeine in these drinks to be listed in the nutrition facts. This makes it difficult to watch how much one is drinking.

In the end, there are some drinks that would be wise to avoid.

“I don’t recommend any energy drinks.” Kline said. “I think they have more caffeine than you need. One cup of coffee and the amount of caffeine in that should do the trick.”

For some alternatives for caffeine, Kline recommends a full glass of water, a brisk morning walk, or a nice, healthy, energizing breakfast.

“I think breakfast of whole grain toast and natural peanut butter, eggs, string cheese,  or other protein along with fiber of whole grains energize us.”

Whatever it may be, it’s important to remember to drink responsibly when it comes to caffeine and always be aware of what you’re consuming could be doing to your body.