Weaving a tapestry of cultures 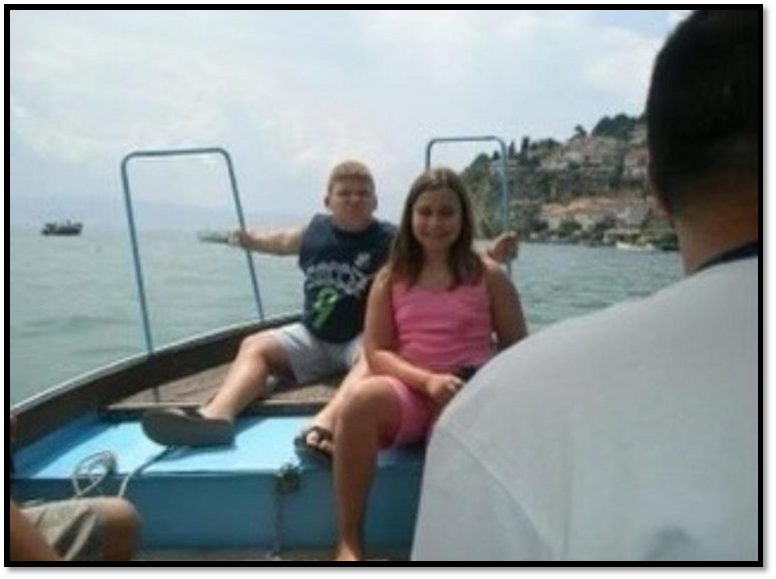 Many summer spent in Macedonia, Angelo has got to see his family and culture. Food and experience shaped Angelo’s childhood and home life.

In Fort Wayne, no one looks the same or acts the same. We are all imperfect and individual. The most important thing to understand about this that no one should be judged by appearance alone. If a person’s background information is not known you can not judge the person.

For example, looking at senior Rebecca Rodgers it is impossible to tell her background. When looking at her she could fit into so many of our conceptual categories.

Rebecca would argue that no one is just one category and does not feel like she fits easily into one specific culture.

“Cultures aren’t really one thing. You could be a part of multiple cultures. I think the high school culture and high school are a big part of who I am, but that is just one another is the workforce,” she said.

Culture is her daily life and how it influences her life. To her culture is what big thing is happening now that she will take with her for the rest of her life.

“The knowledge that you have from your community and what has been passed down to you,” she said.

Rodgers wants to help out the community and use her experience inside cultures to help her connect with people who are outside her culture group..

“I want to do social work or something like theology,” Rodgers said.

All beliefs come from core values. Everyone can see how their family or their culture have influenced their core values and made them who they are today. Some cultures are more difficult to incorporate into the general population. Sophomore Trinity McFarland brings a new facet into the mosaic of the school and community.

McFarland was joined the show choir last year after fellow cast members of “Elf: The Musical” asked her to audition. She did and started singing with Select Sound. She came in the fall choir had two or three songs choreographed and learned. She picked them up in a matter of weeks before the first preview.

When McFarland moved from Ohio, the transition was not easy.

“I didn’t like anything I hated everyone but, I made a couple of good friends,” McFarland said.

While McFarland comes from a state next to Indiana, Senior Angelo Petrov’s journey was a bit longer.

He moved to Fort Wayne when he was three years old from Macedonia and speaks fluent Macedonian. At well over 6 feet tall, he seems very scary especially to a small underclassmen (like me). Though when people talk with him he completely changes. Petrov’s gift for talking has not always been with him.

“Growing up it was hard not knowing how to speak English,” Petrov said.

The kids in his elementary school did not know how to communicate with him and the other way around. Those same kids would later become his new friends in elementary. Making friends seems to be one of Petrov’s best qualities.

Like many Eastern European families, his family likes to express themselves with music and long conversations. Growing up was interesting for Petrov.

Food is an important part of any culture and Petrov is no different.

His favorite food is Gyros. That is a Greek dish which is similar to a taco made with pita instead of a tortilla and a few other very Greek things like a traditional lamb, red onion, and lettuce. These things are his culture and influence who he is. The music that he heard, his family discussions all helped him become the person he is today.

Angelo Petrov, Trinity McFarland, and Rebecca Rodgers all have one thing in common. They are all the result of multiple cultures colliding. They combine the best of their family with Fort Wayne’s culture. They bring color and vibrancy to everyone they meet. They enrich our culture making it more diverse. If anyone only looks at one part of who they are they will not see the beautiful tapestry they make Fort Wayne.